A fine piece and a part of the antiques market that is actually on the up! In recent years, Indian and Chinese artifacts have increased in value. This is probably purely down to increased economic prosperity in these parts of the world and can be put down to 'buying back' heritage.
It is difficult to date a piece like this, as there had been a British presence in India for over 300 years. The likely hood is that the trunk was built sometime after 1845 during the 'Raj'.
As with most items, when the trunk was first brought into the workshop, it really was in a sorry state. As the photos below will show. 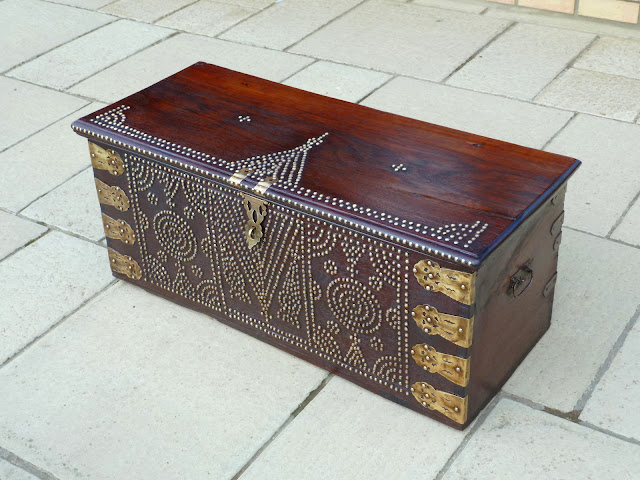 The photo below shows the condition of the front before restoration. Much of the brassware was either missing or badly damaged. We removed the clasp from the lid as it was snapped in half and to work out a way of reinstating the hinges. 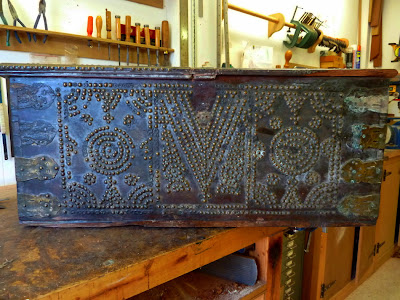 A large area to the right hand side of the lid had been broken off. A large split can be seen through the middle of the top, also starting from the right. There was a huge number of brass studs missing from the trunk, luckily we found an outlet to purchase this obscure size from. 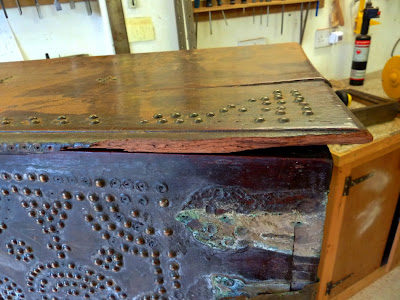 There was also another large area of missing wood on the left of the top. We also had to find some in keeping handles for the ends, as these were missing. 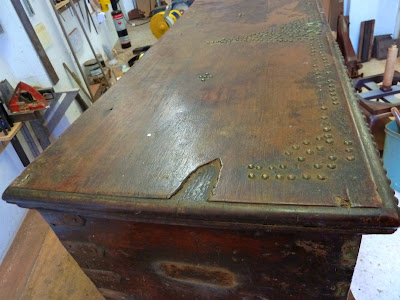 After the woodwork repairs, there was a lot of the brassware in need of remaking. There were a few of the original corner straps still intact, so carefully they were removed so they could be copied. This was achieved by scribing round the original on to a brass sheet of the same gauge. The decorative detail was carried out using a chisel and mallet. 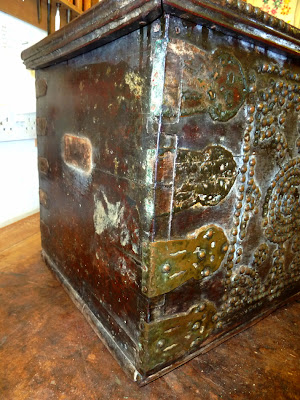 The photo (below left) shows the 4 new brass straps with the original in the middle. The brass pins (below right) are used to hold on the straps and also to replace those that a re missing from the design on the front and top. The new brass is aged using an antiquing fluid. Click all on images for a larger view. 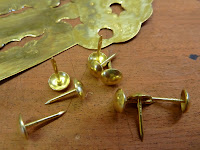 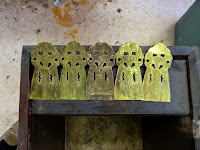 The photo below shows the now restored clasp in place. We used silver solder to join the 2 halves and used some of the left over brass sheet to make the strap work on the lid. Furniture pommels were used to secure the clasp, so it could pivot onto the ring at the front. It was polished using a buffing wheel and compound. 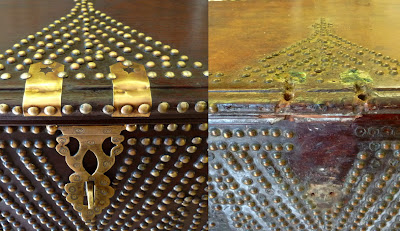 The whole piece then needed to be stripped and repolished using a traditional oil finish. The stud work was painstakingly secured in place, with over 200 new tacks fitted. Finally the rest of the brass was highlighted with wirewool and the  trunk was finished with brown beeswax. 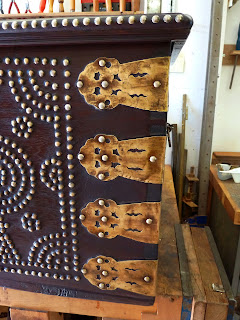 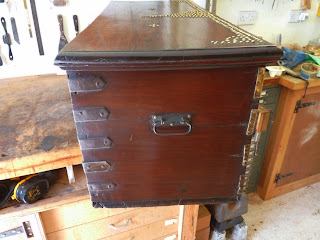 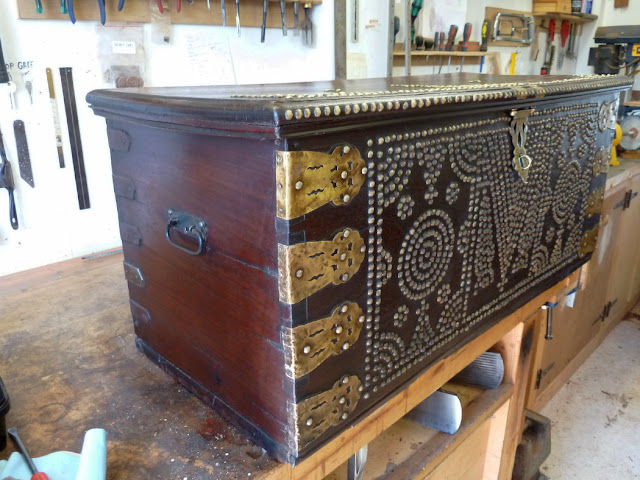 We are specialists in the conservation and restoration of antique furniture for members of the trade as well as for private customers. Other services include sourcing antiques for particular requirements and working on special commissions. Our workshop is located in Upper Caldecote, Bedfordshire, England.